On a recent podcast I listened to, one of the speakers was bemoaning the fact that walnuts were included in mixed nuts. She thought they should be excluded. Her reasoning was: Who, after all, actually eats walnuts as a treat? To which, a multitude of listeners responded that they ate the nuts as a snack, mixed with other nuts or by themselves. I include myself in that latter list.

The walnut tree is believed to have existed in prehistoric times, and has been revered through the ages both as a nutritional food and for its medicinal uses, as well as being valued as a source of beautiful wood.

Walnut is not one of the herbs found in the Eniovden (Midsummer’s) wreath that we discuss in our forthcoming book, 77½ Magical Healing Herbs, but it is a plant that has many magical associations in Bulgarian and other beliefs. Here are a few from Bulgaria:

Other beliefs include the following: 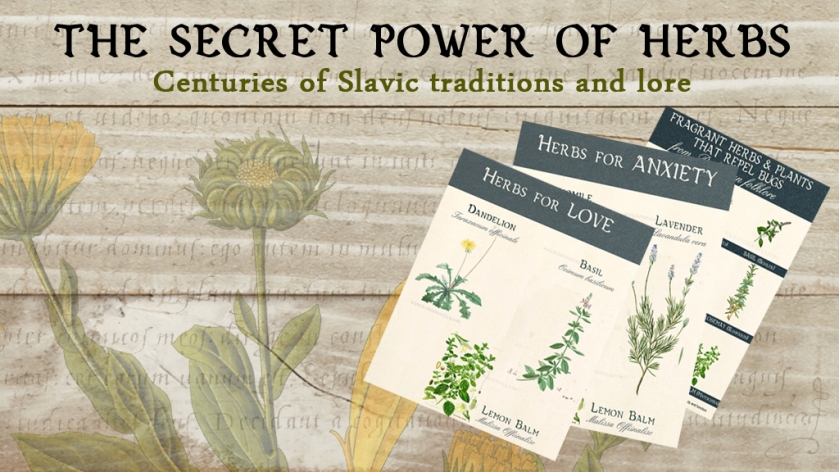 Would you love to learn more about herbs? You can with our forthcoming book, 77½ Magical Healing Herbs. But when we publish it, the print book will be available EXCLUSIVELY through our Kickstarter campaign for six months, and the ebook will ONLY be available through Kickstarter. We have no plans to publish it through retailers due to the large file size.

No, absolutely not. Kickstarter is a direct-sales platform that has the potential to reach millions of people. Supporters pledge various amounts to support an author, and in return, they receive products before anyone else. And, as I mentioned, sometimes this is the only way to get a product.

Kickstarter cuts out the retailer middle-man. There are fees, of course, but they are much smaller than the chunk retailers grab.

What Kickstarter is, besides a platform to sell a product, is a way to bundle rewards for supporters. It’s a way to directly interact with customers. There will be early-supporter perks for those pledging within the first 48 hours. And what they call “stretch goals,” bonuses if the campaign meets certain goals.

We’d love to have you check out our pre-launch page.

Simply click on the “Notify me on launch” button, and Kickstarter will send you an email immediately when the project officially launches.

When the campaign launches, it will also include a short video. You can see it in advance here and check out our awesome project in progress: https://youtu.be/cnqHZ6NGbdQ

We hope you’ll join us on the adventure. The book is chock full of fascinating information and fantastic images. An all-you-can-eat herbal buffet.

Hope to see you soon.